I have noticed on 3 separate occasions, on 2 phones, and Android and an iPhone the following problem:

Bait types are entered into the phone app. All goes well. Bait station records are created correctly. And so there might be 3 bait types on each phone.

But then a few days later, or a few weeks later, when going to enter a new bait record, suddenly there are no bait types there. Only the “Add bait” button. So the bait types have to be recreated again.

I thought it was just me when it first happened. But it’s occurred twice on my Android phone, and once on another user’s iPhone.

Same here - also 3 of my traps and also the logged kills have disappeared. I’ve deleted the app…

Hmm that is unfortunate. I’m continuing with the app since it does actually work pretty well.

A few bugs to be ironed out of course.

We’ve had this happen to 2 more people in the last couple of days. It’s a pain, because we have volunteers filling bait stations, so we set them up with the bait types. Then it disappears…

Apologies. No consolation but it has happened to me too so I know the pain.

We have a new release in testing that we hope will rectify this. Please let us know which version you experience it on though.

I should mention we are about to move those bait configurations to the project level meaning they are downloaded rather than locally stored. They won’t go missing after that and you’ll only need to set it up once for all users.

Hi Andy, awesome, having them as project settings makes a lot of sense.

An update David, our v4.x.x release should solve this. I believe you’re testing the beta for this, so please let us know if it continues.

Thanks Andy, will let you know.

By the way, I have a user here on iPhone who could use it. The baits dropping is driving them mad.

How do I get them onto the test version? Do I follow that link you gave me? Or is there another one for the iPhones?

I’ll email you the details…

iOS user having baits missing again. Version 4.1.1 I think.
Elderly chap. I entered in bait types myself the other day. And today they were gone…

This is the first report of this with the 4.x release and it’s very hard to debug without more detail. The only circumstances it should happen are:

These bait configs will be moved to the project level soon which will bind them to the user and project, rather than the app instance.

For now I think keep trucking on and let us know if it happens again.

Yeah thanks Andy. Having done development work in the past, I know how hard it is to debug something that happens very rarely, and you can’t reproduce it.

I thought I’d report it anyway, just in case others are experiencing it too.

I’ll let you know if it happens again.

Will be so good once it goes to the project level.

Ok, so this gentleman was at my place today. There was one bait type.

I entered in new bait details. So then I had 4 bait types. They were there in that I could click on a bait station and choose 1 of those 4.

But then I closed the app and reopened it and they had gone again. Except for the one that was there initially…

So this is still a problem. 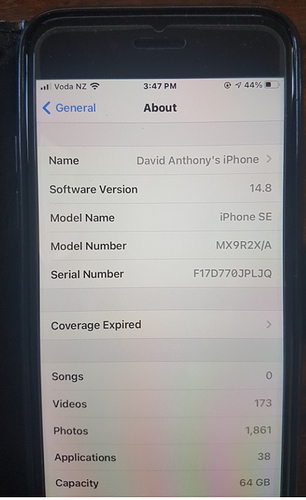 Prior to heading out we have installed a new bait station bait details in TrapNZ - being Double Tap - with all details and saved this to the phone app.

Out in the field we have had several recurring issues;

On a positive note; the function to move a bait station within the field app is AWESOME - thanks for having this function available.

Glad someone else is finding this. Not just me