But it looks like a normal snap trap in a cover.

(1) Do these catch non-target birds (Being in Trees)
(2) Are there any good at catching Rats?

I have about 5 in the bush behind my house and I know there are lots of rats in the trees, however after a year I haven’t caught any in the d-rat traps. Sometimes they get set off without catching anything but some never get sprung at all. Haven’t caught a bird yet but mine are the supervisor model with the long cowel

Thanks for the reply, yes I might give them a miss.

I wonder if the longer cowel is putting them off?

I have a couple of D-Rat traps near the Waikanae Estuary. I have built 2 wooden boxes as per the plans on the website. These seem to work well. I don’t have problems catching birds. The biggest problem with all traps using peanut butter is insect etc eating the bait.

My neighbour bought one and the first thing she caught with her trap was a bird. So a wooden box is required or a tunnel leading into it.

Thanks for the feedback, it looks like you may as well just make a tunnel and put in a snap trap.

Which are much cheaper than d-rat trap.

The advantage of the d-trap would have been not needing to have to build a tunnel, but without in sounds like the risk to birds is too much.

The main reason I put traps out is to help the birds, so don’t want to risk any birds being trapped by our efforts.

Hi I have used mostly D-traps on my bush block. I initially had this issue where the traps were on the ground. I added some plastic pipe and mounted the trap to a bit of wood & set them in a box which solved the issue The ones I have fixed on trees don’t catch birds. I have one fixed to a tree that sits next next to a fence line and that has caught heaps of rats. Sarah 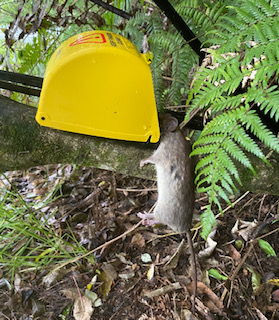 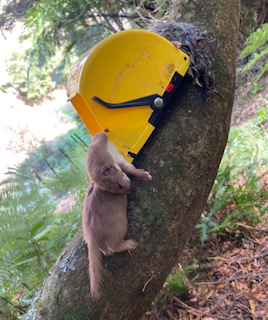 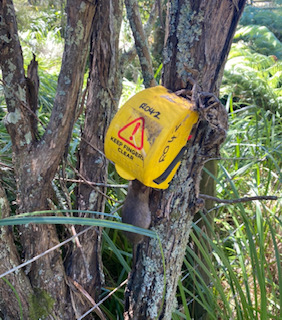 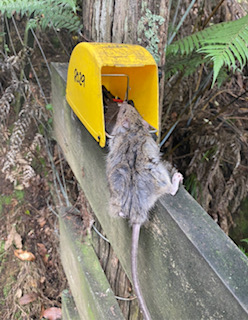 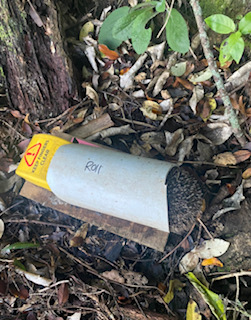 I had no success with my D-rat trap when I secured it to a tree but have since caught a lot of rats after putting it in a box on the ground. I’ve also recently bought the D-rat tunnel trap and have had success with that, again by putting it on the ground.
I really like the D-rat traps as they’re much easier to set than the Victor, for example, and you can easily dispose of the rat.

What species of rat Alan, and what terrain? Sounds like you have norway rather than ship.

Yes I have ordered one to try, we are picking up lots of Ship rats running in the Trees on TrailCams. So will have to see if that equates to captured ones.

Yes Norway Rats are not as good as climbing trees, so that maybe the issue?

In my DOC 200 traps, the birds I’ve trapped are blackbirds and thrushes, both of which are attracted to meat/blood lures. I would prefer not to trap them, obviously, but the numbers here are high, and I only kill a few a year.

I wanted to know the risks to native birds when I tried to trap rats in trees, checking their diets. There are only a few species interested in meat/blood lures, and they’re either ground-dwelling or birds of prey, so I decided to use the safest option. I wondered if Ruru / Morepork would be in danger, but I was unable to find any evidence - academic or anecdotal - that they scavenge from traps or enter cages. If it’s not a fresh kill, they aren’t interested.

To avoid catching the vast majority of birds, I recommend using Goodnature’s Stoat lure, which I have trapped a lot of pests with - especially rats. It’s long-lasting, waterproof, insects don’t eat it, and it’s inexpensive, so it’s a way better lure than PB. They also have a chocolate lure, but that might trap birds.The ship rats here like the Stoat lure more that PB and chocolate, and why limit your catches to rats when you might trap a few stoats or weasels, too?

Sounds like a great idea, how long does that last? I think PB is only non moldy for around five days.

Yes tried Nutella with no results for Rats.

Goodnature’s lures are specifically designed to stay attractive for long periods in the bush, withstanding temperature and moisture extremes. The company recommends replacing the lure in their auto-traps every 6 months, so that’s how long it lasts inside its pump-housing. How long it can stay effective would depend on what kind of trap you’re using, and where it’s located. The Stoat lure has worked so well for me that I have to reapply it quite often, because mice and small rats devour the stuff. Even in harsh conditions, I think it would last at least a month, but it’s probably longer than that.

The amount of time it takes for PB to go stale, rot, or go mouldy varies a great deal. In my experience, its effectiveness declines quickly. It’s a great bait to use at home, in snap traps that can be checked frequently, but it isn’t a good medium or long-term bait in bush traps.

Scientific studies have shown that Nutella is one of rats’ favourite foods, so if you have any left, I’d keep using it. Another good lure to try is mayonnaise. It stays good longer in traps than you’d think it would, probably due to the vinegar.

I hope this helps.

Thanks alot, yes I will get some of that Good Nature Lure. One month that is amazing.

I do check them every three days anyway, but I’m going through peanut like crazy and most of that is being scrapped off when it gets moldy.

Like I said, 1 month is a conservative estimate. If you had to leave home for a while and couldn’t check your traps, it’s the stuff to use, for sure. I’ve also had some luck with hickory BBQ sauce, too, because it has a lot of sugar and salt in it, which preserve it for quite a while. Rats are very fond of the chocolate and blood lures, but I’m sure you’d get a few with BBQ.

I’m still waiting for the himidity to decrease, because lures and bait can get moldy so damn quick. Goodnature lures will get moldy, but it takes way longer than food baits, because they have preservatives. If you have a few traps in damp, shady spots without much airflow, definitely use the Goodnature lure in them, instead of PB. Because you check your traps so often, PB’s fine to use in traps in sunnier spots that get a bit of airflow, but your kill totals with a Goodnature lure should not only be much higher, but will save you a lot of $ over time using them. I tried filling a big syringe with PB once to make it easier to use it, but it was a disaster. If the moldy PB you scrape off is in bits large enough to remove, I’d do that, because mold spreads way faster when there’s already mold inside the trap. 2 days of PB without mold goes to 1 day, in my experience. I’ve never tried this, but a light sprinkling of salt might reduce the time it takes to grow mold. I’ve just checks all of my traps, so could you give this a go? Rats are fond of salt, so you might end up with some fans of the combo.

A good bait to use in big traps are Erayz rabbit blocks, which are good to skewer. They go moldy in Winter, but they’re great the rest of the year. They’re a good Summer bait, because they stay good in traps for weeks and weeks, even when it’s hot. They only have a tiny amount of fat in them, so they don’t rot. Mustelids go nuts for rabbit, so it’s one of the best baits to use if they’re around.

In case you don’t know, if you put out fresh meat baits for mustelid species, remove them from your traps before they start to rot (usually 3 days), because that’s a big turn off to them, and dispose of the bait at home. I take a bag with a seal me to keep the smell locked away. If you have any DOC traps, use freshly-killed rats as bait - it can work wonders to trap more rats, and mustelids absolutely love to scavenge rats. The last stoat I trapped had a ship rat in it as bait. If you try this, rub the rat’s fur on the entrance to the trap as a scent lure, especially the hindquarters. You can rub it on the mesh, because bits of fur can get stuck. Like other meat baits, use them for 3 days, max. You can also rub rats on snap traps, because it makes rats think that it must be a safe area because others have visited it.

Geez, sorry for writing you a book! I can’t wait to find out if any of this helps. The advice I’ve taken from other trappers certainly has.