I volunteer with a local project that uses Trapinator possum traps, and have heard advice to leave the traps unset as a way to increase effectiveness. Could anyone explain the rationale behind this?

Specifically, there were two instances: one was to leave a backyard trap unset for the first few days after installation, so that the possums could get used to its presence. The other was about a trap line in a forest park, a contractor suggested leaving the line unset most days (I believe we were to leave them set one day of the week). In both cases, the trap could be checked daily.

The only scenario I’ve been able to dream up is: a possum could learn that food is available from the trigger in an unset but baited trap, and teach that to another possum before it tries on another fateful night when the trap is set.

I guess it helps if the animal is trap shy, but possums are quite inquisitive with new things in their environment, so I don’t think this make much difference?

It can’t hurt and when the bait is being taken, then set it.

I never understood this practice myself. Yes I get that it’s a new thing and so possums will possibly be wary of it. But they’re also curious so might come and have a look.

I think the other rationale is that if they are able to come and eat the bait unscathed, then they’ll feel safe putting their heads in and eating the bait when it’s set and then, wham.

But I doubt there’s any actual science behind any of this. Just people ‘assuming’ this is the best way to go.

Thanks for the responses!

Considering a scenario where a possum approaches the trap: there’s no difference between a set and unset trap until the possum tugs on the trigger. If the trap is set the possum gets humanely killed, but if it’s not set the possum gets to eat a little bit of bait and continues on with its evening plans. So, if there is some advantage in leaving the trap unset, I think it has to rely on another possum being more inclined to enter the trap because the first possum wasn’t killed.

If the first possum is likely to return within in a few days, I guess there isn’t much gained by killing it on the first opportunity. If the possum draws in other possums, maybe via scent trails, then that traffic to the trap could be more valuable than the cost of not killing that first possum.

Anyway, it would be great to see some research on this! Seems like a good opportunity to work smarter not harder.

I imagine it would be a case of letting the traps become part of the environment. A new trap is going to look different and smell different. I look at out DOC 200s, black, slimey, covered in mould, just like the rest of the decomposing leaf litter on the forest floor. I guess that is a status that is only achieved with time and can’t be gained by plonking a new trap in there.

You could also consider getting an Enviromate to pre-feed a area, before trapping. Our group is looking into these. 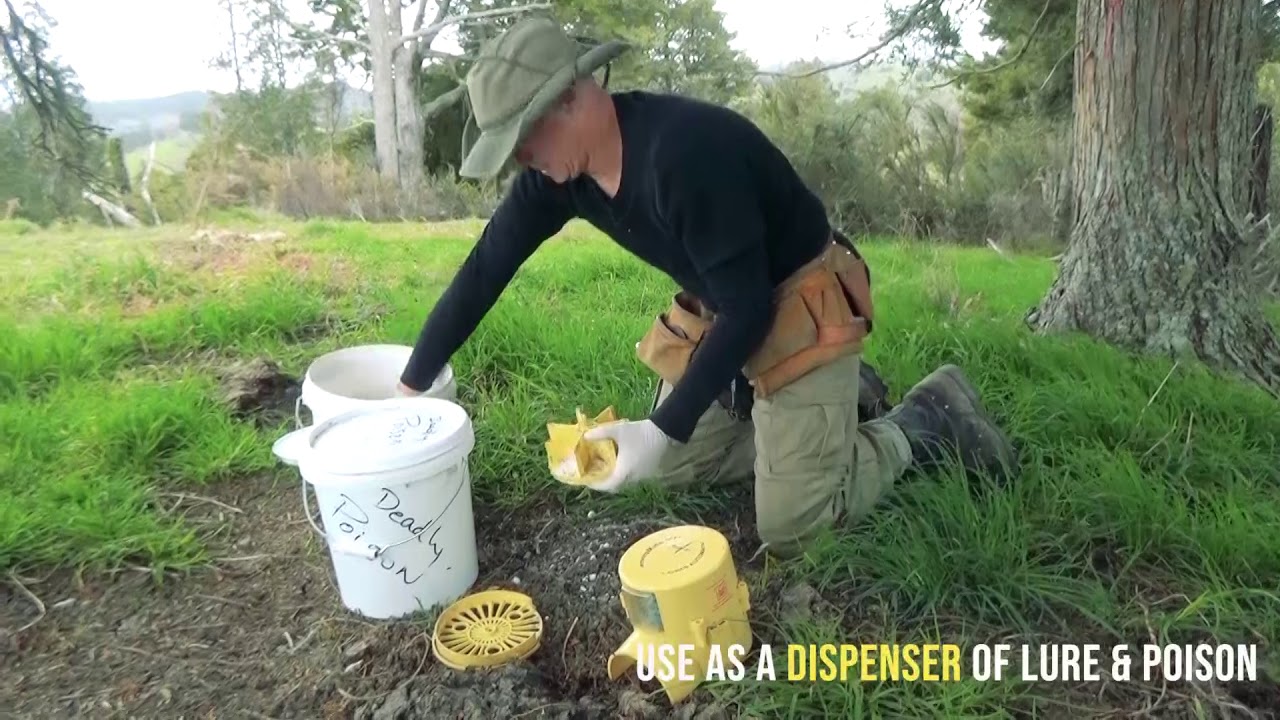