I’m getting pretty tired of constantly being asked to turn on my location service on my Android phone.

I don’t mind it when I’m starting up trap.nz, that’s fair enough. But it’s about 20 times a day. When the little dialog box pops up and I have to click “No”, twice. 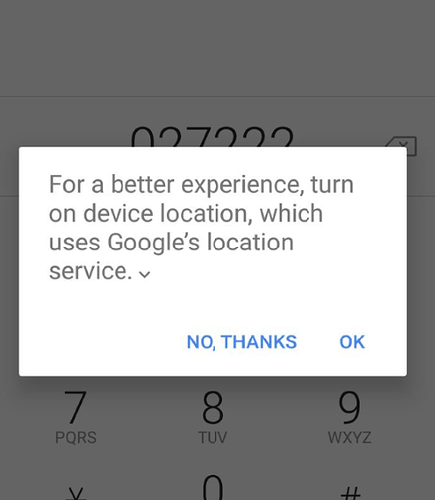 The only way I can stop this from popping up is to restart my phone. But then as soon as I use trap.nz, it starts again.

Also, the location service on my phone is just being turned on in the background, I suspect it’s trap.nz doing this: 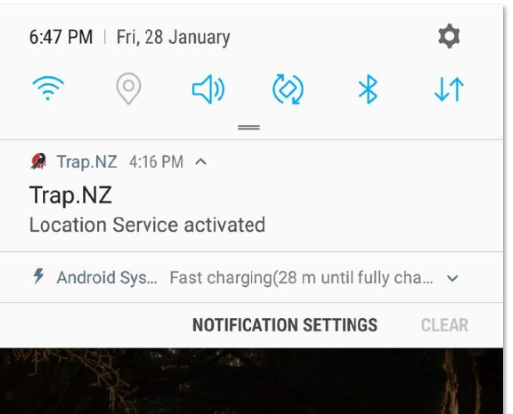 Thanks for getting in touch. I’ve passed on this issue to the dev team and will let you know what they say.

Thanks. It’s been much more prevalent since the last release.

Update from the dev team on this - because they haven’t been able to reproduce this issue, nor had any other reports of this occurring, it’s not something they can easily solve without spending days/weeks digging into it. They have been tweaking how permissions appear in the new beta (slightly!), so this may well inadvertently fix your issue once that is released.

The way permissions appear is something we want to improve on, but at the moment other issues have our attention. We are hoping we will catch this is our own testing over the next few months, and when we do we’ll jump onto it straight away.

Ok, thanks for looking into it.

Can you let us know the Android version please. I assume you are killing the app entirely and it is still doing this?

Hi Andy, sorry I didn’t note the version when I posted the problem report. But right now it’s 4.1.13.

And it hasn’t been doing this for a while. Seems to have fixed itself…

Good news! One of the devs stumbled across this problem last week, and was able to work out what the problem was. The next version of the app will include a fix for this issue.

Cool! It wasn’t just me then haha.