Not so Feral looking rabbits 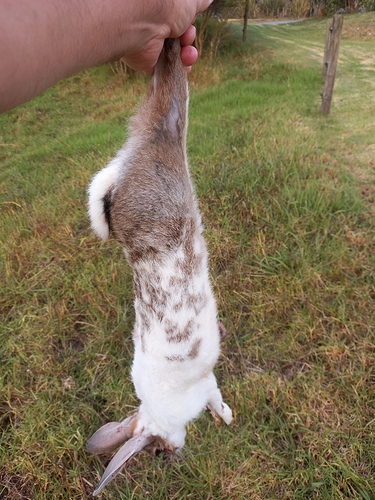 Shot this a couple of evenings back. Seeing more odd coloured rabbits about. Always had the odd black coloured one kicking about but seeing a few more like this. Not sure if this is some sort of genetic throwback, but picking more likely a result of dumped/ escaped domestic rabbits mixing with the local population. Not sure if this is just a local occurrence has anyone else noticed bit of an explosion in numbers and variants?

I’m guessing it’s a genetic thing which may hark back to pets a long time ago. I’ve seen the odd black one here, but the last one disappeared and I never shot it. May have been predated.

Hi ,this year I have shot , black, white, even ginger and a whole mix of those combination colours, like Neva before have I seen such a colour range and amounts

We see them locally in North West Waikato, but it’s not hard to trace the lineage directly back to some locals breeding rabbits for meat. Animal containment has never been a priority on this property.