Has anyone experienced Norway rats that are difficult to catch and figured out a way to beat them? We mostly have ship rats here, but sometimes we get a Norway Rat den and without exception they seem really intelligent or at least very weary of anything different. They don’t even flinch at lure put by the door of their den. They don’t stop to look at traps, and as a result I find them difficult to catch. I’ve caught 121 rats in the past year, but maybe only 1 or 2 of those are Norway rats. This den is on a bank and has an upward sloping extrance, so difficult to put anything in the hole. We live on an orchard, so it’s not possible to remove alternate food sources although there aren’t too many avocados left where they are now. Any good tips?

You do not state what lures you have tried. I have had a lot of success with peanut butter for norway rats.

I have tried nuts, peanut butter, Goodnature lure, Smooth, avocado and rat bait. I haven’t tried peanut butter or nuts on the current rat I’m trying to catch, so I’ll put some out and see if it is interested. Thanks.

I have had fantastic success with wholemeal bread, which brings rats in from all over my house, and the kill included one Norway. These blighters are tough, this one was still alive despite being pinned by the neck in one of my Easy Traps. I had to kill it in the trap before releasing it.
My recommendation comes from my experience of indoor trapping, so I don’t know how it will work outdoors.
The hint about bread came from a gamekeeper mate in the UK who pointed out that most rodents are naturally grain-gobblers.
Ray

Thanks for you tips Ray. I found that nuts worked really well in autumn which I assume is because they were stockpiling for the winter, but less effective in summer. I’ve been using the Goodnature chocolate paste for convenience reasons and I catch most of my ship rats with that. The A24 traps have not been so successful lately. I wonder if the need cleaning every 6 mths to remove scents off them. I’ve put some peanut butter out on a pine cone for tonight, so I’ll see if that interests them before the ants eat it all. I do have a bag of wheat I could try too.

I tried peanut butter last night on a pine cone. The rat was interested, but wouldn’t get within 20cm of it, so it was very weary which is the challenge I find with them. Interestingly, a ferret went into it’s burrow, but came out 10 secs later and carried on its way empty handed.

I use latex gloves when handling the traps as they can smell ‘human’ on things that you touch, until the smell dissipates. My catch rate went up big time when doing this. Also the easy traps need to be modified to actually hold the big rats in place, look on youtube for Victor rat trap modification if you need to know more. I use peanut butter and it works like a charm.

I put a pile of pumpkin seeds (packaged, not fresh) near their den, but so far they have mostly just trotted on past them. They may have picked up a few. I think I need to gas them or find a more aggressive way to eliminate them.

If you have a bait shy target. This is where trapping becomes about out smarting the animal and less about bait. I use a lot of blind sets (no bait) the trap is placed where the animal is traveling already. More time and thought needs to be put in to targeting bait shy animals. If your happy to use a #1 leg hold I would use that. bury the trap in front of the den hole or where you think they are traveling up to the hole. I have also used rat traps in this way. If you like I can post a pic. If you had a blind leg hold set you could have caught that ferret.
Good Luck

Funny you should mention the ferret as that is exacly what I did. I put 2 leg-holds at the entrance to the den and while they didn’t appear to be sensitive enough for the rats, I was able to catch 2 ferrets that didn’t go into the DOC250. I didn’t have a camera directly on the leg-holds, so I can’t say how the rats intereacted with them. Being cautious they probably tried to avoid or jump over them. I should reposition a camera to see what is happening there now. I also want to try a cage trap for the rats and a hooded Victor trap without the ‘daunting’ trap box they need to enter. Ship rats are a doddle compared to pesky Norways. Cheers

Just some alternative baits you may consider, liquorice, nutella and fish oil capsules. I have used ‘human quality’ fish oil capsules to enhance brodi and ditrac and found it very successful. I am also using at home the d-rat trap and find it superb. I set it on mice weight so target all rodents. Also on one occasion I believe a feral cat failed to pull a caught rat from the trap. When I came to clean the trap all that was left was a rat head securely caught. Great to learn from others experiences, cheers

I’ve been speaking to Camthelegend about these hoods I developed. I increased interaction and kill rate significantly after using these. It’s similar to the stoat hood developed by Landcare but much more sensitive. The landcare version required an animal to interact with the bait (i.e. pull on it) where these just need pressure on the plate (sensitive enough for mice and juv rats.) It turns the Victor into an open access trap with guaranteed strike on the cranium.

I generally mount them vertically or on a downward angle and put the bait in the tail end and let it run down the inside of the trap.

There’s an obvious risk for birds but we’ve not caught any in these, I suspect this is because the bait isn’t visible and the few at risk birds that can smell aren’t here. We’ve used the T-Rex in the same way, it worked on rats but isn’t sensitive enough for juveniles or mice, and did catch blackbirds as the bait is hard to hide. I put most of these at height in the trees but also at ground level as we don’t have at risk ground birds where we are (sadly no kiwi or weka yet.)

I’ve only supplied a few local people on our project but would be happy to supply to anyone who wants to use them, just get in touch. predatorfreewhiriwhiri@gmail.com 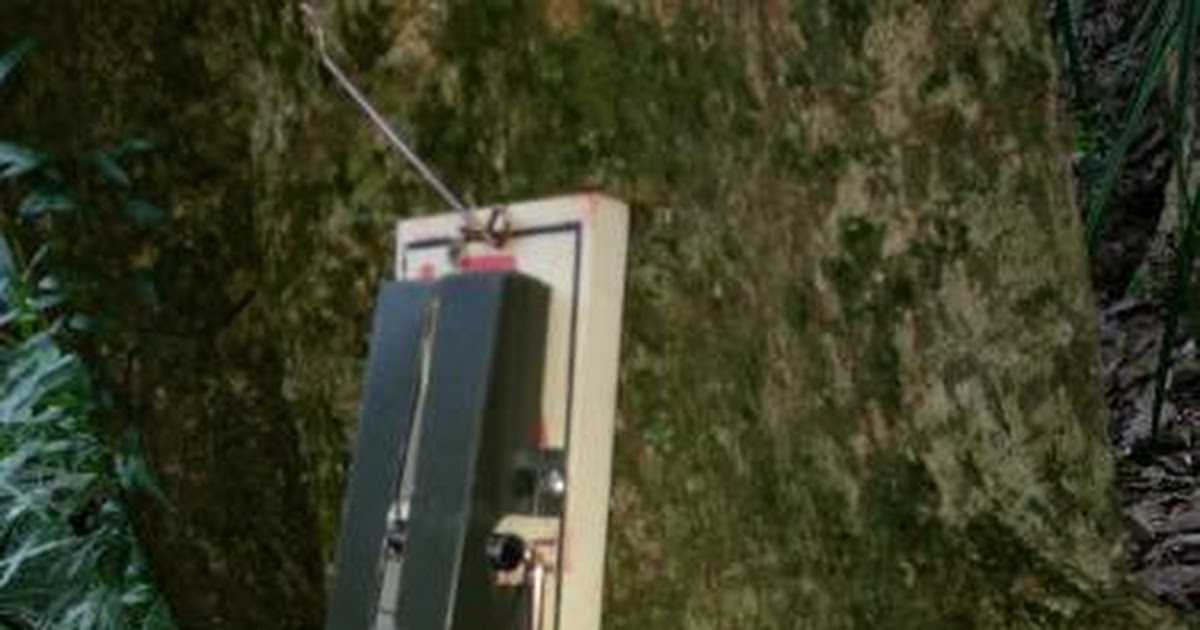 I’m a bit late to the conversation, but I’ll pass on a few tips anyways. I’ve had good luck trapping brown/Norway rats with meat, including dead mice. Goodnature’s Stoat Lure is great for rodents, too, and white lamb/venison/pork fat is great. To compensate for their poor vision, I’ve attached these to traps. They’re also great curiousity lures. 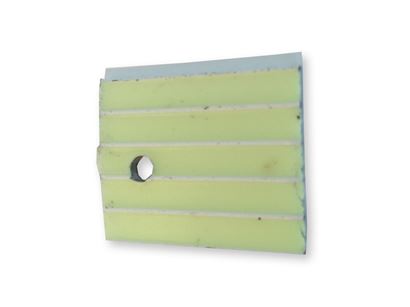 The best lure for brown rats, though, is another brown rat, because they’re a really social species. When you trap one, rub its body on the trap box/tunnel, and then place it in the rear of the trap/bait area. A well-fed rat might ignore edible bait, but the odds of them passing up social interaction is low. I often catch rats the same night that I’ve used one as bait.

They are also keen scavengers, so even if they figure out that the other rat is dead, odds are they’ll come in for a feed, because other rats are good eating. If this doesn’t work to catch other rats, there’s a good chance that you’ll catch a mustelid, but don’t leave the carcass inside the trap for too long, because rotting meat will deter them.

I hope this helps.

Even later in on the conversation but totally agree with the previous post, best brown rat bait is a brown rat. Hardly caught one in the last couple of years. But caught a big one in a wood pile, which when I cleared the trap the next day was half eaten. Clearly another rat as several telltale droppings left behind.
I flicked the worst of the carnage out and rebaited with plain old peanut butter. Caught an even bigger one the next night. Caught a third a few weeks later. Less effective as time passed, I guess the rat smell wore off after a while.

You can extend the appeal of the trap by rubbing the dead rat on the inside and outside of the trap, trying to leave deposits of the oils in their fur (assuming it’s a fresh kill, of course!). Small bits of fur will get snagged in rough bits of wood, and on spots where the baffle mesh joins. When the oils wear off, there is still some visual evidence of activity. This might not make much of a difference to rats’, given their poor vision, but a mustelid would detect signs of activity, increasing the odds of it exploring the trap.

The burrow I discovered this Winter was on the edge of a large shed, mostly concealed by a pile of scrap metal. The dog was very interested in the area, so I moved a DOC200 in to the shed that afternoon. I caught the burrower that night, conquering its neophobia very quickly. How? I put a freshly-killed brown rat in it from a different trap. This is the only time that it hasn’t taken a few days for a rat to overcome neophobia, so don’t underestimate the appeal of “social/behavioural” lures.

The best way to break-in a new trap, I’ve found, is to put a mouse or rat carcass inside it, regardless of the target species. Female stoats and weasels hunt lots of mice, so it’s always a good bait.

Brown rats are harder to trap than the other species, because they are more neophobic and more wary, in general.

What kind of traps are you using? It will make a big difference.

I’ve already killed 46 since April, so I should be able to help.

Many of us here will be using different methods. Perhaps let us know what you would recommend. Pest Off (Brodifacoum) and/or DOC200s have been my most successful tools. Usually takes about 7-12 days with the bait - possibly because they only nibble at it. It needs to be fresh - smells much stronger when fresh too. I sometimes know where their den is, so I shove the bait down the hole!! Caught one in a DOC200 with some old parmesan cheese the other day. Mine won’t go into Victor boxes or shrouded traps (only a small sample size for that last determination). I must use a cage more often as they are effective with the nice wide open space. What do you recommend?

I see you’ve probably answered my question in your old post.