We’ve taken a lot of possums off our bush block over a couple of years, and have currently got Goodnature A12s, Trapinators and Warriors out there. However they have pretty much stopped catching anything, despite changing the lures around and refreshing monthly. We still see possum sign so know there are still some about.
We conclude that we have a residual population of trap-shy animals that won’t put their head into a trap no matter what lure.
Any ideas for getting these?
We only visit once a month so live captures would be problematic. Would the best advice be to take all the traps out for a while (if so what time of year is best to set them out again?)

In the absence of using leg hold traps… how about an AT220…Look at Bay Action site, pretty impressive. I have one, seems to do the job. 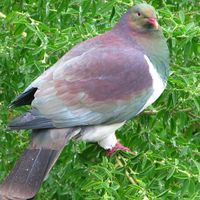 I’m no possum-trapping expert, but it’s possible that some of the possums might not be interested in the lures on offer, so experimenting with some new ones might pay off. Something that possums really like is anise oil, which smells like licorice, so putting a small amount of that at the base of the trees that have traps on them might increase your interaction-rates. It’s strong stuff, so 1 drop per tree would suffice. I’ve trapped a number of them in Timms traps where I’ve given a piece of apple a coating of it, using a small brush. An enticing, novel lure might be enough to get a few of them to poke their heads in for a taste (I hope).

Thanks for the suggestions, guys.

Dan - Those AT220s are pretty pricey and a lot of moving parts!

Willow - yes have been using aniseed lure as well as other fruity smells and the Goodnature orange cinnamon lure. (All in different traps of course.) I suspect the nice smells are just part of the environment for them now and thus not very enticing. Hence the idea of taking all the traps out for a period and starting again. Still would like to hear what is best time of year to put them back out?

Not sure if you have tried these ideas. I’ve tried when had a difficult, when knew the possums were there as could hear them at night, as putting apples out for a while with no trap. Then I put apple out in a Timms trap, caught one the first night. Perhaps if there is a nice food source at the moment, they might be there instead, so a rest could be a good idea.

thanks Sikahunter, prefeeding is something we haven’t tried so will give it a go after resting the traps for a bit - perhaps try this when windfall apples are back in season!

Could a factor be seasonal food sources? Our property is surrounded by large pine plantations. The possums feast on the pollen in spring, leaving our bush-clad property alone until the pollen is gone. Presumably, you’d have a better chance of killing trap-shy possums when they don’t have easy access to good supplies of food.

I’m friends with a couple that were professional possum trappers for decades, so I’ll see if they have any suggestions that might help.

BTW, a lure that I’ve had a lot of seasonal success with is feijoas. I skewer half-ripe ones in my Timms. Trying a small number of feijoas as an experiment might pay off, and I’ve trapped rabbits and hares with feijoas in Timms, too.

Given that you’re away so much, I’d suggest getting a trail camera or 2 so that you can see what is going on.

This will show you if the possums are just ignoring your traps or what have you.

Agreed, a week of leg-hold trapping with pre-feeding should clean up a few more, or get a contractor to do a run with cyanide paste or Feratox bait bags.

+1 to bevan and edge_effect’s ideas. Leg-holds should pick them up. In particular if you are in an area you can ground set. If you are in an area where they haven’t been exposed to cyanide paste/Feratox before these will be effective. Afterwards, you could even follow up with a few chew cards to see if you have had a good tidy up.

Thanks everyone for excellent ideas. We did borrow a trail cam for a bit and certainly saw a possum sniffing round trap (rat too) without going in to trigger it. We definitely caught that film star rat! but not the possum that showed up repeatedly.
As I explained at the start we only visit once a month so the time required for prefeeding then leg hold trapping just isn’t available.
However have some more ideas to work with now.
Another question, if can’t get contractor to do poison, has anyone got experience with Double Tap which doesn’t need handling certificate?

@makarorafb - use all the options you have - bait / trap / shoot
Double Tap - we use this regularly on a pulse process - put 400gm bait out, top up 2 weeks later (I know you only visit 1x per month) top up after another 2 weeks, leave out for another month and then remove all uneaten bait. As @willowflat_warrior suggested - use lure to get the possums to any form of trap or bait. Plus ensure your bait station is set up correctly - where possums / rats can access the bait (not climbing up stakes to get to the bait. We repeat our baiting 3-4x per year dependent upon monitoring outcomes. We also mix up the types of bait so don’t always use DoubleT.

How often do you change the gas cylinder in your A12? Check your rubber seals, as we have noted our trap only lasts max 2 months before we need to change the cylinder - and that’s with not getting any possums.

Re @danbush - AT220’s are great - yes they are expensive, but they have come a long way in the last 4 years. We have one property owner who has two of these installed and they have caught to date 48 possums since April 2022. Yes the neighbours on the other side of them don’t do any pest control - so they are hitting the possums hard before they get to the rest of us.

Keep a trail camera out on a range of bait stations and traps - with a wide angle of view - that way you can see what comes for a visit and whether they stay to sample your treats or move on to other options, and whether they are repeat visitors. We had a camera on one station, several possums came back for several visits over a week and then less and less returned - I wonder why!

Traps - possums in our area are on the move in Sept-Nov and March-May - particularly those males that want to breed.

Our biggest success has been looking for possum trails and setting up bait stations and kill traps on these lines - just look for a well defined track line through the bush. Check around your bush boundary fence and look for any trails coming through from the neighbours/ outside.

I’ve just invested in a thermal monocular (Guide Track IR Pro 35). One recent evening we could hear a possum, but couldn’t find it by spot-light. The Guide Pro found it within a minute and we moved location so we had a clear shot at it. Borrow one and go for a night walk - worth the effort.
We’ve also spotted ruru, kaka, rail and matuku with this thermal - they are the ones we want to see.

I’ve been using Flipping Timmies over winter with Nutella and had great success… until sometime in Oct when I stopped catching, but could still see a few on camera. The area has a lot of poplars, so I think they were more interested in fresh shoots up the tree. My gut feeling is that they’re not so much trap shy, but they just have loads of good food available. plus, I’ve obviously knocked the population down a lot, so I expect lower catch rates.

I would just go and shoot them but it’s on a horse stud, so more risks/permissions involved.

If you want to do more work, then others have given some good options. Double-tap wasn’t good for anything here, but I find fresh Pest-Off (Brodifacoum) gets them interested. Just be aware that rats will trying to hoard it depending on your rat situation and what bait station you use.

Otherwise, try again at a different time of year.

I’d be interested in hearing what you did with the Timms and feijoas to catch rabbits - eg placement of the traps?

The traps were in the same spots on the ground where I’ve had success killing possums, traps in the bush and regenerating bush, and pine plantations. It must have been curiosity that got the rabbits, because they had heaps of food. The hares I trapped were all adults, but about half of the rabbits were juveniles.

Possums will eat unripe and half-ripe feijoas, so use medium-sized feijoas that are still rock-hard, and mount them horizontally. Skewer them right away - they might work the first night. Try them in tree/post traps, if you can’t use them on the ground.
I’ve never had to do this, but giving the skin a small scrape should make it easier for possums/rabbits/hares to find them. A pre-feed would be good, depending on how many feijoas you can get/buy.
Note: I have never had rat interference with feijoas, perhaps because they aren’t ripe enough for them when they’re in the traps.

I’ve also trapped several rabbits in Timms using blocks of apples coated in cinnamon, which are good possum lures, so, if rabbits are a problem, give it a whirl. A 50/50 of cinnamon apples and uncoated apples will probably appeal to a larger % of the population than all cinnamon.

Thanks everyone for all the good ideas. I’m really glad I asked the questions in this forum, you have all been so helpful.
We will definitely try as many of these ideas as we can and hopefully can let the forum know which ones worked for us!
Happy Christmas and New Year to you all

Double-tap wasn’t good for anything here, but I find fresh Pest-Off (Brodifacoum) gets them interested. Just be aware that rats will trying to hoard it depending on your rat situation and what bait station you use.

I had that problem as well, what you do is get the type that’s cast with a hole in it for rat bait stations and then run some #8 fencing wire through it to tie it down. That way the rats can’t cart it off and either they or the possums have to eat it in place.