I thought Sally made some really insightful observations about tunnel traps and A24s which you might want to listen to, if you haven’t already! 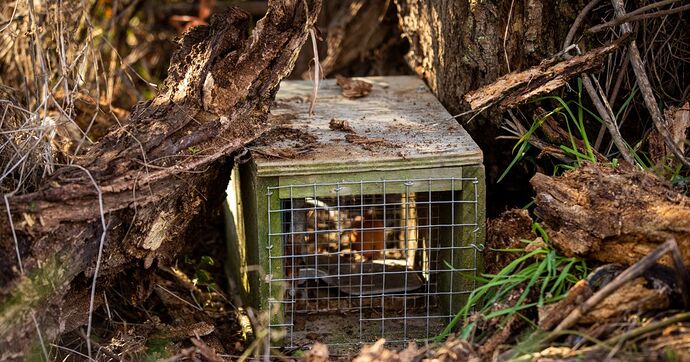 One of the best ways we can look after our native flora and fauna is though backyard trapping. Lower-Hutt based Sally Bain is an expert rat catcher and urban trapping specialist and she answers our questions for today's expert feature.

Thanks for the link.

I was listening to Sally’s interview and have had pretty much exactly the same experience over the years using A24’s in our project area. There was only one time a few years ago (mast year) that we ever found rats under the traps a week after rebaiting. I pulled in all the A24’s from our backcountry lines and installed them next to DOC 200’s in hopes they might keep them free for mustelids. I’ve recently been trialing different lures (terracotta etc) in the bait pods with cameras on them for at least 3 months and there has been ZERO activity picked up on any of the A24 traps.

I keep wanting them to work, but still not convinced.

I also think an automatic lure feeder is required.

On the positive side, the units are well engineered, robust and the kill mechanism is very effective (provided the gas hasn’t been used up or leaked out).

I did kill five rats in one night with an A24 but that was in the initial knockdown phase. Since then progressively fewer.

I’ve also wondered if housing A24’s in some sort of tunnel could make them more effective, but I can’t imagine how the problem of carcass-disposal could be solved.
A corpse catapult? An acid bath?

I’ve only found a few rats under my A24’s, but quite a few mice/small rats, and no mustelids, so far. They’re definitely a good phase one weapon, when starting predator control in a new area, or if there’s a mast year that overwhelms single-kill traps, but they aren’t a good trap for medium and long-term control on the mainland, generally-speaking, according to studies and my personal experience.

I do think that A24’s have the potential to work well when paired with DOC tunnels at sites with high kill-rates, though, because predators that are wary about entering a tunnel might interact with an A24, instead.