Hello everyone,
I stumbled upon this article today and was wondering what you might all think of the trap box design, especially the method of entry. Has anyone seen or tried anything similar? Would it be worth trying it for DOC 200 traps?
Thanks

Oh, duh, forgot the link when I initially posted (rookie mistake!). Here it is now: 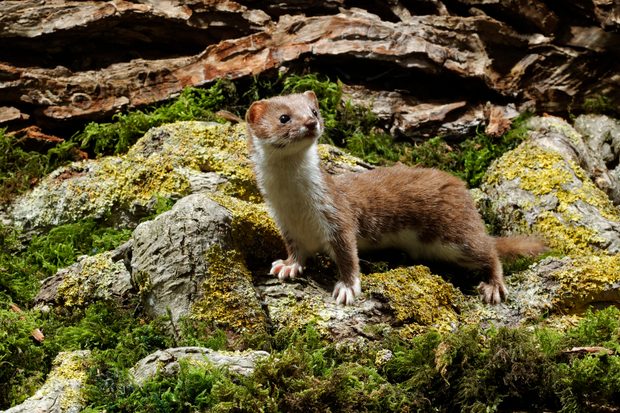 The Vincent Wildlife Trust is trialling a new non-invasive way to capture footage of small mustelids using a Mostelas camera trap that aims to draw in curious stoats and weasels. The results so far are promising.

You forgot to include the link.

This seems to be the way of the future. Open traps with camera’s that identify pest and then trigger. Cacophony Project are working towards this here in NZ. They also have a bird count app. 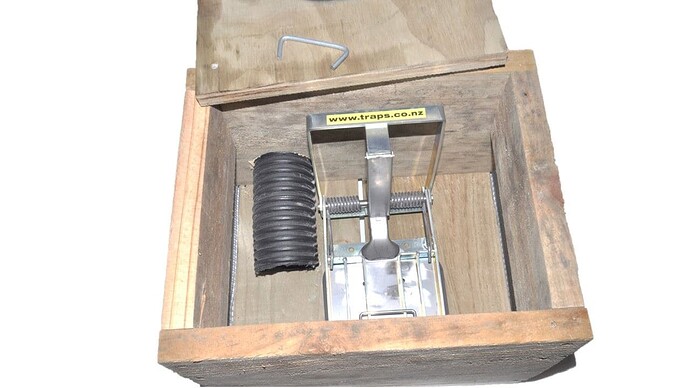 And ZIP did a whole investigation into “run-through” style traps for mustelids: 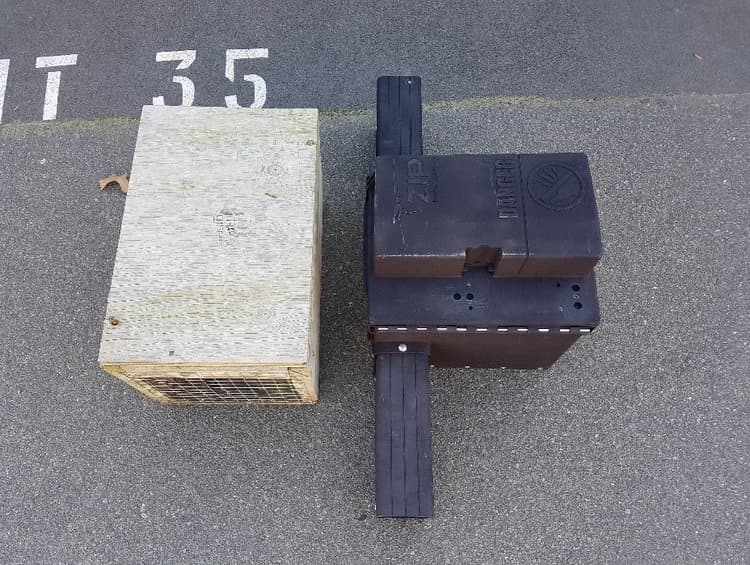 One could imagine a setup combining elements of all three of these designs: 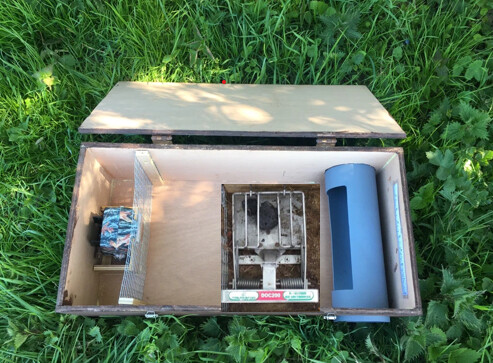 Or even the deadly double pipe: 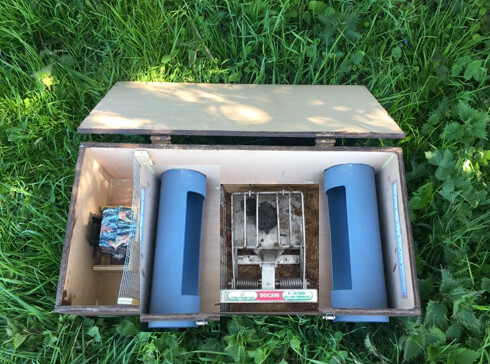 You would want to mess around with the pipe diameter and the size and placement of the interior hole. That way you could make the step from the pipe onto the trigger plate as smooth as possible, while also preventing kiwi or weka interference.

I think you would have to re-run the NAWAC testing to get that certification if you changed the box structure from the classic DOC 200 box.

Thanks for sharing - I recall a similar article also from the UK about a triangular shaped camera trap box - with a run through tunnel. The main issue I understand is that you need to use an additional lense (e.g. +2 dioptic) on the front of the trail camera so that the image is in focus (corrective lense issue for close up features).

I’ve just purchased a couple of the ZIP lure dispensers and plan to have trail cameras on these. This article is a good reminder to also include some tunnels to entice any mustelids to stop and investigate.
Trail camera I have been using is KeepGuard KG696 (with dual lense) - which is 1.5m from bait station / focus point - rather than the 580 mm of the Mostella camera trap
Link to a supplier:Keepguard KG696 Dual Lens Trail Camera
If we could bulk order direct to manufacturer (100+ units) I know we could get the price to half of this!
Happy stalking

You sound like you know your stuff on cameras…I have been using a Browning Ops for a couple years. Got a good deal from https://www.trailcampro.com/ if anyone is interested. The aftersales service has been excellent. The prices were very competitive then, but what with the recent fall of the NZD not so sure. I am not affiliated in any way. I agree that getting a bulk deal would be cool. BTW there is a movement to use old cell phones with an app, but I don’t imagine they work at night.

Sorry about the download…I have had very little success trapping mustelids so, I am always keen to hear what I might do differently.

I constructed a very effective weather proof box for mine out of a Sistema box. If any one is interested send me a message.

The box may make a nice photo booth but that arrangement would not work for a DOC200 as it would not be Weka proof.

Hi, Some of the smartest people around for catching stoats are english game keepers and they all say Run Through Tunnels.The DOC box is basically designed to more to exclude non targets than encourage stoats and ferrets to enter. I know some people are trying to get changes but DOC are DOC, a comment by someone paid to teach groups to trap was, A stoat would have to have a death wish to go inside a DOC box. Another point put to DOC was that stoat/ferrets have grown so much bigger than the UK and the restrictive opening sizes are shown to deter stoat/ferrets, no decision from DOc but it would require a longer tunnel where there are not targets like kiwi & weka.
Back in 2003 we made hundreds of tunnels from light sheet metal and used Conibear traps, no restrictive baffles required as tunnels were long enough, inside tunnel was natural bare ground,just under 2kg cmpared to 6 kg for a doc box, caught over 1,000 stoats before DOc stopped allowing conibear traps on DOC land and peole had to use DOC Boxes.

What were the dimensions of the sheet metal tunnels that you’d been using?
How were the Conibears positioned, exactly?

I increased the dimensions of the holes in the baffles of my DOC tunnels (100x100 primary, 80x80 secondary) a few years ago, but I trapped more birds (blackbirds, thrushes, sparrows, chaffinches), and a number of small feral cats, which didn’t die, but suffered for a while before I found them. I also trapped 1 possum by its front paw.

Somtimes, rats were able to pinch the bait out of the tunnels, because they had so much room to move. This included large rats, given the size of the scat. One predator was able to remove the mice that I was using as lures. It didn’t leave any scat, so I don’t know what it was.

Hi
In 20 years I have never caught a blackbird etc so I guess it is your location. if you are having baits stolen you have probably already tried it but fix them in place, If the animal has to fight for the bait it might step into the trap. if you think small animals like mice might be getting baits you can try making some small wire cages 5mm mesh to put your bait in, depending on what you are using the double sided tea strainers work, K Mart had cheap ones.
The Tunnels we made were 860 mm long sheet metal supplied free from roofing manufacture from their seconds. Conibears come with single or double spring, Tunnels are slightly tappered so they slot together, I can carry 10 tunnels and the 20 traps
I did make a couple of similar Tunnels for the DOC 200 trap but the trust I made them for wanted to stay with the DOC wooden Box 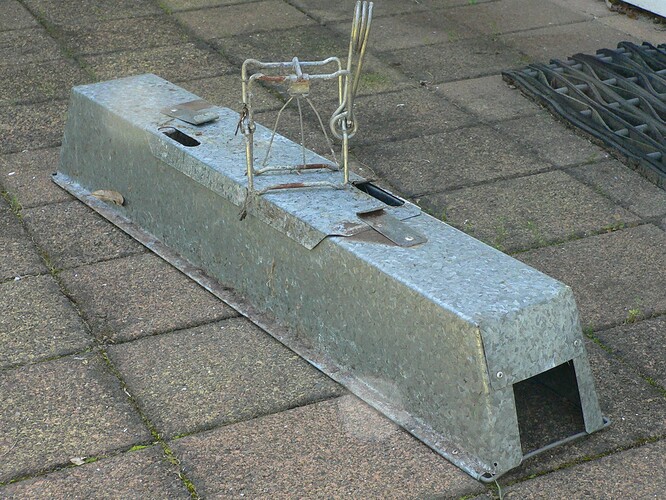 Thanks for the photo and description.

How large are the entrances?
I’ve never used Conibears before, so how are they positioned within the tunnel?

I hope that these are still in use. If these were on the market, I’d buy a few.

A big plus with the metal, is that you don’t have to worry about mold-growth, which is a big problem that I face with my timber tunnels in wet weather.

There is a healthy population of blackbirds where I trap, and they like the meat and/or fat lures that I use, so the odds of me trapping a few of them every year are much higher than in most areas. I do get the occasional sparrow or chaffinch, but it’s rare. I have yet to trap a native bird over 17 years, but I’ve only been trapping intensively for 3.

Tea-strainers have been on my shopping list for a while now, actually, but I keep forgetting to buy them. Thanks for reminding me!
I’m going to try making some mesh cubes of my own, too. I have some 6.25mm mesh which should keep out everything except ants.

Hi entrance was 80mm the tunnels are long enough that birds like weka can’t reach in far enough to interfer with the trap.
traps just side inside the tunnel nice snug fit about 8mm clearance on the side so no need for internal baffles.
sheet metal tunnels are good if you have the facilities to fold the sheet metal.
that 6,25 mesh for bait holders is ideal that is what I used when we tried the connovation Erayz and had a heap of mice interferance
Great day in the bush today working with a community group and the Kokako were singing away all morning
cheers