This is the next chapter of my previous post on using potassium sorbate. Mouldy bait? Potassium sorbate. I will start with a description of what I have produced, then reflect on the journey getting there, for those that have any interest.

Mould-resistant lures from Nutella (aka “rat truffles”)
You will need the following ingredients:

Method - to make around 25 lures
Add a few drops of glycerol to about two tablespoons of nutella.
Mix to form a stiff paste (add more glycerin if too sticky) 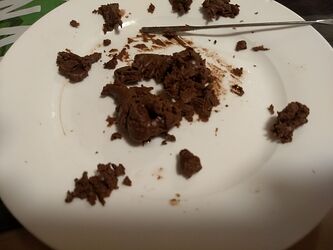 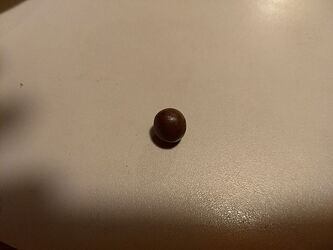 Repeat 25 times (or whatever!) - doesn’t take very long. Try not to eat them.

Coat the ball by rolling them in the cocoa/sorbate mix. 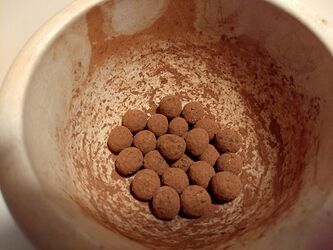 Put any excess powder into a plastic tub and use this to contain the balls. The reason for doing this is that the coating process will continue when the balls are rattling around.

They should look good enough to serve at your next party - but don’t - unless your mates are all rats. There is a bit too much potassium sorbate to be good for human consumption.

You can now place a ball in the lure compartment of a Victor trap (or many others). Just carefully push one into place. Put the trap in a box/tunnel as usual.

The lures will remain mostly mould-free and attractive to rats for between two to three weeks. This is true even in cold, damp, mouldy bush conditions over Winter. Unsurprisingly this assumes the balls are not stolen by mice or destroyed during a strike. Even damaged balls seem to last a bit longer than you might expect. 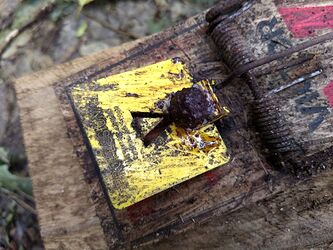 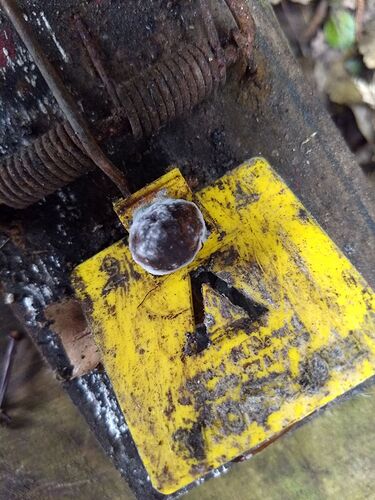 …and yes rats are attracted to the lures, there seems to be little difference in attractiveness between fresh nutella and the balls. 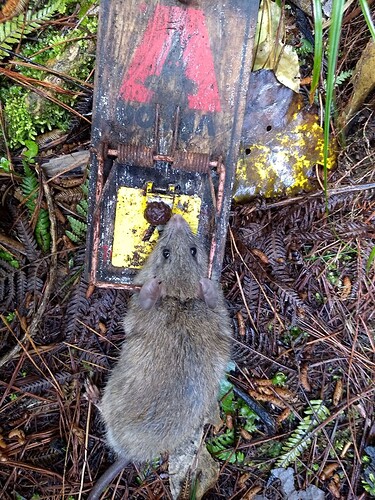 Why did I do this? (optional read)
Nutella gets wet and mouldy quite quickly - even in just a few days in damp, winter conditions. This means you either have to keep replacing the lure, or the trap will not be operational much of the time.

At first I thought I could control the mould by adding potassium sorbate (as I did with apples), however despite increasing the concentration, I have only had modest improvements in mould-resistance (more on this in another post on the AT220).

From my observations the mould only forms on the surface of the nutella - i.e. where moisture condenses. Moisture is key for the formation of mould (well documented in the food industry). No water, no mould. So inhibiting mould within nutella isn’t enough.

So what is the answer?
Well it’s tricky. What we need is a hydrophobic (water hating) coating on the nutella. I am no food scientist but I do know that cinnamon and cocoa are edible hydrophobic substances. So the purpose of coating the balls in cocoa is to encourage the moisture to bead off the ball. The addition of potassium sorbate to the coating just adds a bit of mould resistance. Having trialed the idea over the Winter, I can say with some confidence that it improves the longevity of lures.

In passing, you may notice that the mould (see photo after 21 days) typically initiates the bottom - I would speculate this is where the moisture pools. I may have an answer, but I need to trial it before sharing.

As always, happy to hear other ideas and improvement.

Well done! That’s some serious commitment to the cause, very well documented and a lot of thought and research clearly has gone into this. I’ll be giving it a go…Cheers!

Thanks, let me know how it goes!

Sound good but we don’t have a problem with our bait going mouldy as they used to disappear within two to three days.
Be nice how to make the bait last a bit longer.
We mainly use Peanut butter with diff bait every now and then.

It won’t stop theft, but an excellent way to prevent mould on PB, and to prevent it from going stale quickly, is to spray it with vinegar. It creates a temporary acidic layer that inhibits the growth of mould, and I’m convinced that it increases the appeal of whatever lure/bait that’s sprayed. If you try this, do what you can to avoid spraying the small springs of snap-traps, because it can rust them, but it doesn’t harm stainless steel.

If you use snap-traps with bait cups (T-Rex, Snap-E), cutting a small, square piece of Erayz and jamming it inside the bait cup is the best technique that I’ve found to limit bait-theft, because it’s leathery texture makes it very difficult for predators to eat out of the trap, unlike PB. If a predator tries to remove the Erayz with its teeth or paws, the amount of movement that they create sets off the trap a large % of the time. It’s a great way to trap rats that are too light for DOC traps.
I don’t use Victor traps, but it might work for them, too, if enough of it gets stuck between the small spikes. Moistening the Erayz would probably help, and it would dry on to the plate, in warmer weather.

Erayz is great in snap-traps, because it stays good for quite a long time. I spray my Erayz with white vinegar to reduce the speed with which mould grows, and predators love vinegar, even when the smell is quite strong. I give the Erayz another spray every time I check the traps to refresh the smell.

At home, if small rodents are constantly stealing the bait out of your snap-traps, Erayz pieces are a very effective way to either trap them in your rat traps, or to make them look for food that’s easier to eat. The first night that I tried Erayz in my snap-traps to kill my theives, I had a kill in every trap. The next night, I killed 3 rats, because the traps actually contained bait!

Erayz isn’t easy to cut into small pieces, but it’s sure paid off for me. Be sure to wear gloves, though, because your hands would reek for ages if you cut Erayz with bare hands.

Other edible powder coatings that would work are mustard, ginger, and nutmeg powder, and potato starch. Apparently mustard and cinnamon are the best at repelling water.

I think that adding a bit of salt to the recipe would make the truffles even more appealing, because then they would contain fat, protein, sugar, salt, and smell like cocoa. Add a bit of savoury mustard powder to the coating, and it’d be hard to find a rat that wouldn’t find something on or inside the truffle attractive, because it would cover such a wide range of scents and tastes.

Sorry to hear the baits are going missing! I have reduced my rat and mice populations pretty significantly over the years, so an individual trap can now go many weeks without seeing a rat or a mouse. This means mould is certainly an issue in the cold damp winter conditions.

Any ideas what is stealing your baits…mice, slugs, birds? I find my trail camera is really helpful working it out.

I haven’t tried my approach on PB but it would probably work in the same way. Strangely PB just isn’t favoured by my local rat community so I use nutella and terracotta lures. (In passing a terracotta lure will not be stolen by a rat or a mouse Terracotta lures for Victor traps.)

Thanks for your insightful comments!

Yes any edible hydrophobic powder should work. I chose cocoa because I was confident that the coating would be attractive to rodents (as it has proved to be in the field).

Cinnamon would also work well at repelling water, but so far I have limited its use to my apple treatment Mouldy bait? Potassium sorbate. I am not sure how rats feel about cinnamon for rat baits - there seem to be mixed views on this. My own observation is that you have to tailor your bait to your rat community, and make it more attractive than competing food sources. But at the end of the day, if a rat is hungry it will eat just about anything. If cinnamon works on your rats then use it.

Mustard and chilli powder might also be an interesting project…maybe someone has already tried them.

Just a comment on your use of Erayz in Victor traps, I wire mine on, but there is no reason why your couldn’t cut out the bait receptor in the strike plate to accept the erayz, as you have proposed.

Several months ago, I discovered that a large ship rat had been killed in one of my Timms traps, which I didn’t think was physically-possible. It was baited with a piece of apple coated with cinnamon. The next time I checked my line, I tried pieces of cinnamon apple as a pre-feed in my DOC tunnels, to find out what the locals thought. 2 days later, there wasn’t a trace of the apples left, but plenty of evidence that rodents were fond of them. 3 large ship rats were killed when I next armed the traps, so a segment of the population is fond of them.
I’ve killed a number of both rat species with Goodnature’s cinnamon-based Possum Lure, too.

One thing that I do know about cinnamon, is that invertbrates dislike it. A bare piece of apple receives visitors in no time, but ones coated with cinnamon are left alone until they start to rot.

I don’t use Victor traps, because I’ve found them frustrating to use, and fragile. I’m using these, instead. 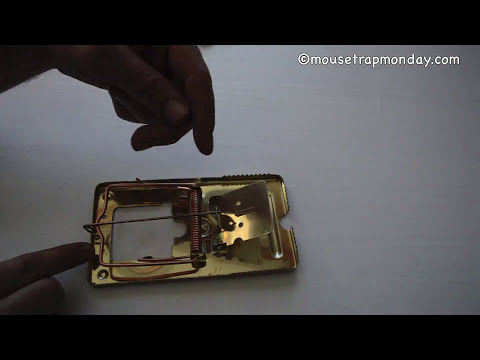 The difference in quality and ease-of-use between these and Victor traps is night and day, and they should last for ages before they break down. You can get them from the US on E-Bay. The 4-pack that I bought cost me $62 NZD.

Thanks for your comments.

There is some slime trail and on some traps, there are some brown ants.
There are about 28 trap tunnels which I check every day.
The same thing happens with possum traps.

I am sure there are others that can comment on this, but my two-penneth…

When I observe slug trails I change to terracotta lures (as linked previously). These lures are not affected or removed by slugs or insects, but are attractive to rats and mice. After a time the slugs go elsewhere and one can revert back to an edible lure.

I often find mice to be the culprit. This is solved by pairing a mouse trap with the Victor traps in the tunnel. I also set the the Victor traps on a very sensitive setting by nudging the strike plate down a fraction. After a week or so I have usually wiped the mice out…until the next invasion of course.

Just baited with peanut butter. But I’m sure these other lures mentioned here would work well too. 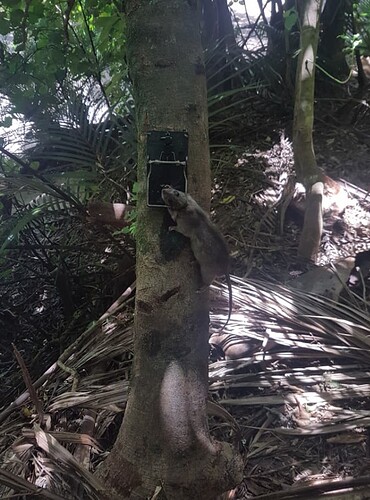 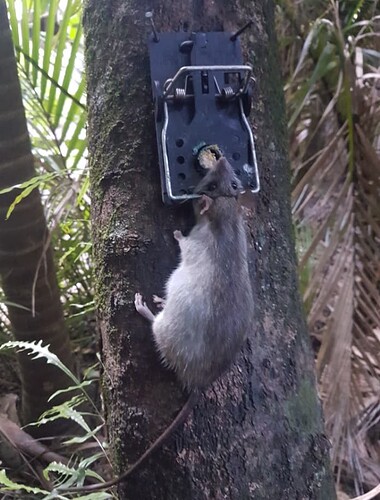 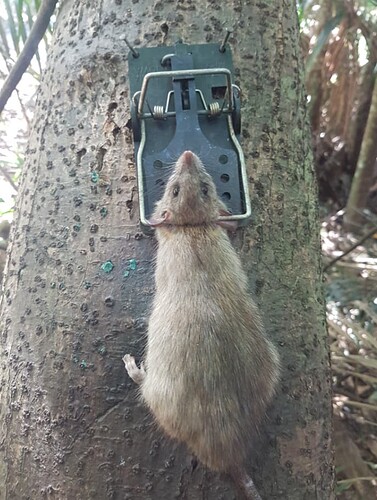 Wow, big rats, that’s awesome!
Are the traps covered in any way?
I’ve seen a similar setup in a privately owned block once, but was worried it would also catch birds. How do you avoid catching those?