I’m interested particularly in the mustelid one, to hear how your catch rates were affected and your feelings about longevity of them.

I have just purchased a bunch of these lures to trial so will let you know!

Can’t comment on the mustelid baits but put rat and possum bait out in late March and we are still making kills.

Yeah I’ve used them, no observable increase in catch rates.

Thanks @davidnblake36 , was that in addition to standard baits or in place of?

Wow lasting well, I might add some of those to my next order.

In addition to things like mayo, peanut butter, erayz

Hi there - yep I bought a pack of the mustelid ones and one of the rat ones… made no difference at all. In fact to the point that I have ignored them and reverted to Erayze and PB etc as normal. Wouldn’t buy again to be honest.

They were a fail for us. They work fine for the first week or so (rats in DOC traps), but they seem to lose their scent pretty quickly, although I’m sure the predators will pick it up for a bit longer. Then they developed a think dark mould on them.

The one on the right is one I tried to clean so I could re-scent it, but too much work. 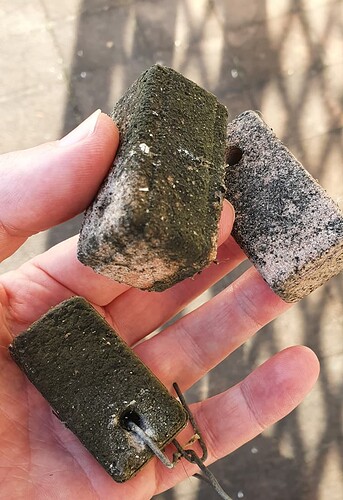 The little red ants took a liking to it which probably aided the removal of the scent. 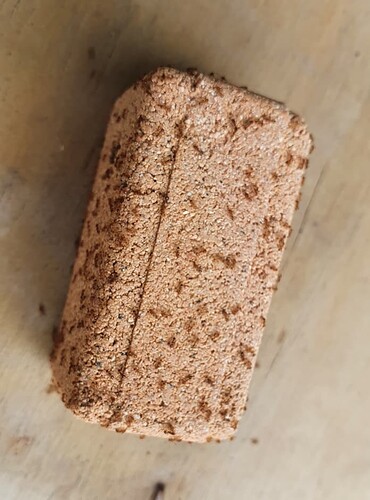 No plans to use these again.

Thanks for the pics! I wouldn’t want to chew that

I see you have a wire on one which I persume hung from mesh or lid of box so its not an airflow issue…makes me a lille concerned about ones I placed on floor of boxes.

What time of year and how far north are you?

The one with wire was used in a double-ended cage trap in case something tried to run off with it.

I started using them in late March in Sth Auckland. The mouldy photo was taken on 8th June.

This is a bit disappointing. There shouldn’t be anything in the ceramic or the lure to cause mould formation. Is it a mould or more like a lichen that you find on a decramastic roof? It could be result of the surface roughness of the ceramic trapping spores (pure speculation).

My use of smooth terracotta lures Terracotta lures for Victor traps continues to catch rats at a similar rate to food lures. I have not have any problem with mould over a year or more. The lure continues to attract rats for at least six weeks, at which point I soak them in the lure again. I couldn’t say for certain how long the actually continue to attract for, but long after I can smell anything!

I have not tried a salmon, or similar, Connovation scent lure for mustelids, but I would certainly like to. Only the cost of buying another bottle of lure puts me off. I currently use the Chocolate lure. At the rate I am going it will be many years before I need to buy another bottle.