Myna Birds (Acridotheres tristis) are huge pest in our area.

They chase away native birds and I have also heard they take over native bird nest sites.

Has anyone tried trapping then with a c, see this you tube video about them 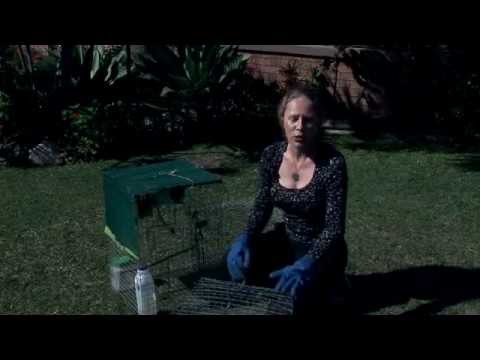 If you have trapped them, what did you have success with in catching them?

Sorry typo on my message, it should read a PeeGee trap

I have just about finished building a PG trap, but I’m going away tomorrow so not ready to try it yet. Feel free to send me a progress request in a month or so if I forget. Sounds like they should work, but I’me curious what impact the magpies will have as they will no doubt like the cat food lure and may scare off the mynas. I need to knock back the magpie population too.

I use a Trapworks Magpie Trap for Mynas with Chefade as bait.

At first I was catching them by accident when 2 were stupid enough to go into the same cage and have the weight to trigger the trap. Now that the Magpies are gone, and the Myna population exploded somewhat, I now put a dob of Chefade at the entrance to the cage and a larger dob on the floor of the cage right by the pivoting point of the trap. This has been very effective because when the Mynas go to eat the Chefade, they tend to jump a little as they peck at it and this seems to be sufficient to trigger the trap. I’m now catching a lot more singles in one trap.

Keep up the good work!

Thanks Ian, I wonder if “Chefade” would work for stoats as well? I must try that…Gary

Yes I have almost finished my PG Trap, looking at the entrance. I don’t think a Magpie would be able to get into it.

We don’t have many magpies on our property, sure we hear them in our valley. But they tend to stay around bigger paddocks.

Yes interested to hear how you get on with your trap, thanks…Gary

Hi Gary - I think you’ve supposed to sprinkle cat food (dyed red is even better) around the trap to get them used to the food and when they finish what is on the outside, they’ll see more inside. I was concerned that the magpies might A) eat the cat food B) loiter around the cage and deter the mynas from approaching. Time will tell. Cheers, Cam

I have finished the PG Myna Trap, now we wait to see if the Myna’s come near it 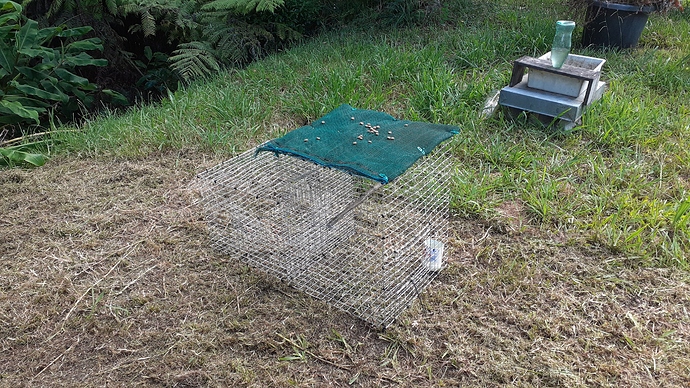 Well I think I have discovered the best HedgeHog trap around 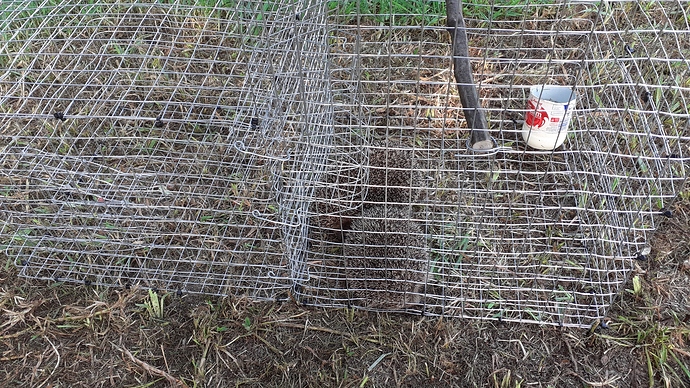 Also caught two black birds and a thrush (Both released).

So the trap does work, just need to work on a bait that won’t attract other birds.

I hear red cat food is better, but still unable to find any that is red. 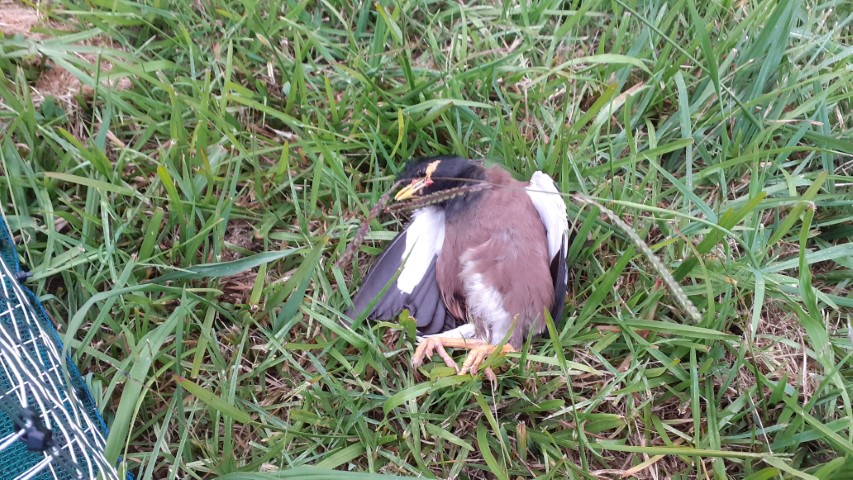 And so, the obvious question is how to dispose of them? Air gun?

No, probably too much chance of damaging the cage.

I covered it in a large black garden bag and ran a hose pipe from a cold started lawnmower.

It didn’t take long at all to kill the Myna.

Here is a link to a pdf for detailed construction plans (from an Australian community group)
I may have a go at making one, depending on cost of the mesh.
http://cvcia.org.au/wp-content/uploads/2019/05/CVCIA-PeeGee-Plan-v2.pdf

My best hedgy trap? dig a hole - they invariably blunder into it

Do mynas nest in holes ? I’m using a trap in a nesting box for starlings

How did everyone get on over the winter? I dispatched 874 mynas over a 4 month period with 1 to 2 traps before catch numbers dropped right off. I tried many things, but for the most part stuck with the typical Pee Gee design. I used about 5 slices of the cheapest white sandwich bread (Homebrand) which worked best In the end. I made a u-shaped staked and even a square of leftover wire mesh to fix the bread down in the middle of the cage and prevent them from moving it around and making it accessible from the outside. In the end there were some mynas that learned how to get in and out of the feeding cage and were stealing the bread. I tried the cat food, but they won’t eat that at all. The main by catch were sparrows, but I don’t like them nesting in the attic, so they were also taken out. On the whole, I was amazed at how well the trap worked for mynas and really didn’t catch anything else apart from sparrows that weren’t small enough to sneak out through the mesh. I used an air rifle to dispatch them, although pulling their heads off was a close second. Still undecided, but the exhaust option was not worth the hassle for me. We only ever saw about 15 mynas on the farm, so no idea where 874 came from and sadly, we still have 10 or so around. I’ll probably try again next season and hopefully the smart ones have moved on. Max catch was 29 in one cage for one day. I generally caught them regardless of a caller bird being in the cage, but I ended up leaving the traps in the same place all season as it became a point of interest for these communal birds. To have a real impact, we need someone trapping ever 1km or so, but it was a good experiment.

I need to borrow a myna bird trap. Anyone in Auckland have one. In fact i will be up to drive to pick up im so desperate to get rid of them thx

Make one of these, I catch loads in my one.

I use Dog food to get them in and when you have your first one, they tend to bring in all their buddys.

They’re supposed to be difficult to catch in summer when food is plentiful and they don’t need so much to keep warm. Despite my efforts over winter, we seem to have more mynas than ever. I can’t wait until someone develops and automated trap. Happy to nuke everything as I didn’t catch anything I needed to let go. I just put my trap out for 2 days, but all the bait (white bread) is gone after 2 days and I assume it was mainly the sparrows nicking the bait.